Laser resurfacing, or laser peel, lasabrasion or laser vaporization, is a method of skin rejuvenation using a wand-like laser device.

Laser resurfacing offers more control in penetrating the depth of the skin, thus allowing precision and safety.  It aims to reduce 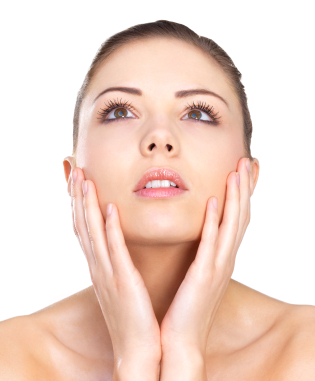 Laser resurfacing can also be used to tighten and contour the chin and jaw after liposuction of the area for removal of the excess fat. It is a fresh and advanced take on the traditional ways of skin resurfacing like chemical peeling and micro-dermabrasion.

Earlier technologies made use of continuous wave carbon dioxide (CW CO2), which removed sun-damaged skin layer by layer to allow the resurfacing of newer, smoother skin.

The side effects of redness, swelling, skin infections, discolorations, and scarring made it a less appealing despite its favorable results. To lessen the thermal injuries, pulsed and scanned CO2 was developed.  Erbium: YAG laser later came out but its efficacy was comparable to that of CO2 pulsed and scanned technology.

Both are classified under ablative techniques because they target mainly the upper layer (epidermis) of the skin and a little of the deeper layer (dermis).

Presently, non-ablative and fractional resurfacing methods have been developed to achieve excellent results but with minimal downtime and side effects. In contrast to the ablative method which aims for the top layer more than the deeper layer, the non-ablative variety targets the dermis, while leaving the epidermis intact.

Skin Conditions That Can Be Treated with Laser Resurfacing

Although all wrinkles are responsive to laser resurfacing, those that are due to sun damage, especially around the eyes and lips will benefit best. Acne and traumatic scars may be markedly improved but deeper scars will not be completely resolved. It can also remove brown spots and repair uneven skin tone.

Patients who want a quick recovery time can choose non-ablative or fractional resurfacing, although repeat treatments may be necessary to attain optimum results.

As a tattoo remover, laser resurfacing uses a special laser called Q-switched to take out specific colors from your skin. It also doubles as a hair removal device. The heat from the laser can destroy the skin follicles where the hair grows. It works less effectively for blond or gray hair.

Although it offers an excellent wrinkle remedy, it is not an alternative to a face lift. It may give the skin an instant tightened and youthful appearance but cosmetic surgery may be needed to remove the sagging skin. Sometimes, a combination of the two is done to yield longer-lasting and maximum results.

In addition to the cosmetic uses of laser skin resurfacing, it is also used in treating certain premalignant and malignant skin lesions.

Caution is advised for dark-skinned individuals, as non-ablative resurfacing has the tendency to cause dyspigmentation on their skin types. Erbium laser resurfacing may work better for this group. Those who are prone to scarring or have immune diseases like scleroderma are not good candidates for the procedure.

Having an active infection around the site for treatment, lowered immunity, and usage of tretinoin for the past 12 months are likewise contraindications to laser resurfacing.

The thermal injury to the skin produces pain more for ablative than the non-ablative procedures. Topical or local anaesthetics may be given to lessen the discomfort. Cold packs can be also applied after to alleviate the stinging sensation 12 to 72 hours post treatment. Generally, laser resurfacing lasts for 30 to 90 minutes and is well tolerated by patients.

Mild swelling, redness, and crusting are to be expected after laser resurfacing.  Your cosmetic surgeon will prescribe medications to control the inflammation and advise you regarding the proper aftercare for your skin. If a bandage is applied, it will be replaced with a fresh one at the doctor’s office.

Healing will take place in 7 to 21 days but the redness or pinkish appearance of the skin may persist for several weeks. Camouflage makeup can be used after 2 weeks to neutralize the color. Avoidance of exposure to the sun is essential to prevent damage to the treated areas.

The average cost for laser skin resurfacing is around $2,500 per session. The extent of treatment, type of anesthesia applied, device used and location of clinic have impact on the rates. You can inquire from your doctor the exact cost for your specific needs and the available financing options.