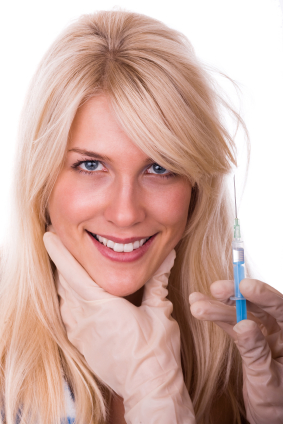 Botox is a registered name of botulinum toxin, a drug popularly used in a non-surgical cosmetic procedure to treat facial wrinkles. Botulinum toxin is a protein complex derived from a type of bacteria called Clostridium difficile.

There are seven strains of Botulinum toxin (A, B, C1, D, E, F, and G). True to its name, the toxin is dangerous as it is associated with food poisoning known as botulism that induces paralysis and death. Four of the seven strains are known to cause illness in humans (A, B, E, and F).h

From Poison to Beauty

Turning the adverse effect of paralysis into positive use, scientists found a way to use the toxin in diluted amounts for various health and cosmetic uses. In the 1960’s, Botox type A was experimented with as a possible treatment for strabismus or crossed eyes.

Twenty years later, it was approved by the US Food and Drug Administration (FDA) to be marketed for strabismus and additionally, for blepharospasm (spasms of the eyelid muscles).

It was noted to have a pleasant side effect on patients by creating the disappearance of crow’s feet and wrinkles near the eyes. Clinical trials were subsequently done, confirming the aesthetic application of Botox.

In 2002, the US FDA granted the approval of a new indication of Botox type A, as a temporary relief to improve the appearance of frown lines between the eyebrows. Since then, Botox injection has become one of the most sought-after aesthetic procedures in the world. Alongside collagen treatments, Botox treatment is a popular option against wrinkles.

How does it Work?

Acetylcholine is responsible for triggering the muscles to contract. The signals telling the facial muscles to move are blocked, thereby making the muscles relax for a long period of time. The effects of Botox injection lasts for about 3 to 4 months.

What Are The Areas That Can Be Treated With Botox?

What to Expect Before, During and After Treatment

When you see a cosmetic surgeon for consultation, questions will be asked as to your medical history, intake of medications and other concerns that may affect the outcome of your botox treatment. Some drugs have to be stopped before performing the botox treatment, such as blood thinning agents like Coumadin.

The specific areas to be treated will be discussed in detail. Your doctor will likewise ask about your expectations so you can set realistic goals.

The botox treatment itself will be quick. No anaesthetics or sedation will be necessary, although some patients prefer the application of a cream anaesthetic (EMLA) to numb the skin. After the target areas are cleaned with antiseptic agents, your doctor will inject tiny amounts of Botox into the areas agreed upon, using micro needles and disposable syringes.

You may notice some areas requiring more botox injections. Some degree of pain may be felt but patients generally find it tolerable. You can drive yourself home and resume normal activities right after the botox treatment.

Headaches are a common complaint a few hours after the botox treatment. Do not rub or massage the injected areas to avoid the spread of toxin to other parts of the face which could possibly induce facial weakness. Visible results may be observed after a few days but expect full effects after 2 weeks. Since the treated muscles will regain their ability to move in 3 to 4 months, follow up injections may be needed.

What Are The Side Effects of Botox Therapy?

When Botox Is Not an Option

Botox treatments may not work on wrinkles that are not caused by facial expressions, such as those due to sun damage. Depending on the extent and depth of the wrinkles, additional or alternative treatments options may be considered.

Pregnant and breastfeeding women are not advised to undergo the procedure. The safety of Botox treatments among these populations has not been established.

Those with nervous system disorders such as myasthenia gravis or amyotrophic lateral sclerosis (ALS) should not receive Botox injection.

The average price of a single treatment ranges from $200 to $500. Your doctor would spend around $400 per vial of Botox, which could be used for 4 to 5 treatments a few hours after opening. If unused, the rest will be disposed. The overall cost is much cheaper compared to plastic surgery.

The expenses will also vary depending on your location, the qualifications of your cosmetic surgeon, and the time of year.