VASER Liposuction – Shake it up, baby (fat, that is) 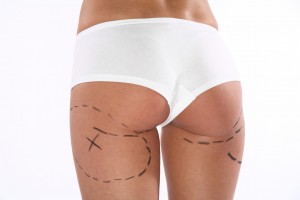 What is VASER Liposuction?

VASER is an acronym that stands for Vibration Amplification of Sound Energy at Resonance. Essentially VASER liposuction combines ultrasound energy and a gentle form of suction to liquefy and remove pockets of fat from the body. The ultrasound energy is sound outside the range of human hearing, but it is also a way to deliver thousands of small, powerful energy waves. These ultrasonic waves strike the cell membranes of fat cells and break them open. The broken fat cell membranes release their contents, specifically oily, liquefied fat.

Once the fat is liquefied by ultrasound energy, VASER liposuction employs a patented suction device called VentX. In contrast to traditional liposuction which avulses (rips) the fat cells out in chunks, the VentX aspiration system just removes emulsified fluids. The intact cells, blood vessels, muscle, and connective tissues are not disrupted by the VentX suction. Therefore there is less bruising and soreness after VASER liposuction than with other forms of liposuction.

Still having trouble visualizing VASER liposuction? Consider eating a bowl of gelatin (like Jell-O) through a straw.

Sure you could suck up most of the gelatin with the straw if you applied enough suction, but it would be difficult. This is what occurs in traditional liposuction. Now imagine that you used a hand mixer or stick mixer to break apart the gelatin first. It would be considerably easier and faster to use the straw after the gelatin was mostly liquefied. This is the main advantage of VASER liposuction. The ultrasound is sort of like a stick mixer for fat cells, breaking them apart and liquefying them.

One claim made by the company that manufactures VASER liposuction is that the ultrasound energy only disrupts fat cells and leaves other tissues intact. They argue that this leads to better skin retraction after VASER liposuction than with other forms. This remains to be seen, but the concept is intriguing. It is conceivable that connective tissue and blood vessels are heartier than fat tissue and more resistant to ultrasound energy. If so, the concept of faster skin retraction and healing after VASER liposuction is reasonable.

The main complication of VASER liposuction is overheating the tissues under the skin. This is greatly minimized by excellent surgical technique, use of the tumescent technique, and choosing newer, smaller VASER liposuction probes. These probes disperse the ultrasound energy in all directions and, while still powerful, tend to spread rather than concentrate the ultrasonic sound waves.

Therefore VASER liposuction is likely safer than first and second generation ultrasound-assisted liposuction devices. Despite these advances it is always prudent to choose a cosmetic plastic surgeon that has extensive experience using VASER liposuction in order to achieve the best results.