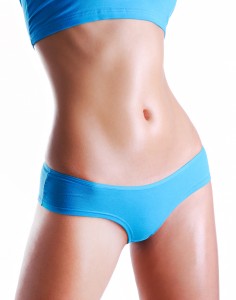 Liposuction is good, in fact it is the most commonly performed cosmetic procedure in the world, but it can always be better. We know that suction alone is not the best way to remove fat cells. The process wreaks havoc on the inside of the body and leaves the patient internally bloody and sore. Using the tumescent technique is better. The tumescent technique involves filling the tissues with fluid and anesthetic to make the procedure more comfortable and the suctioning less traumatic on tissues. Further enhancements include applying ultrasound from the outside, applying ultrasound from the inside, and even using lasers to “zap” unwanted fat cells. This first approach is not very effective and the last two approaches can leave burns inside the body. So how does water-jet assisted liposuction factor into all of this?

In water-jet assisted liposuction, instead of using ultrasound energy or laser light, the liposuction cannula employs a thin, wedge-shaped jet of water to spray the fat cells. The approach is reminiscent of using a garden hose to clear away debris from a sidewalk or driveway. The water jet is focused or targeted on a fat pocket and the water stream loosens fat so that it can be carried away by the liposuction cannula. In many ways it takes the widely used tumescent technique one step further because anesthetic can be added to the water used by the Body Jet system.

At least as good as your mother’s liposuction

As with any new procedure, it takes time for surgeons to adopt it into practice and for clinical research data to emerge on the subject. However in the four short years since the device has been available, the published research has been favorable. In 2008 the FDA declared that Body-Jet was “substantially equivalent to its predicate devices” which means that after review of the available clinical data, Body Jet lipo was as good as any of the legal liposuction devices that are currently on the market. That means it is safe and effective, but is it any better than previous technologies?

It is too soon to answer that question based on currently published data. However, we do know that surgeons’ early experiences with Body-Jet show that it is good at achieving painless or near-painless lipoplasty. The anesthetic in the water leads to a more comfortable procedure and in most people that means that general anesthesia is not necessary.

Patients also seem to recover more quickly after water-jet assisted liposuction. Since the liposuction under the skin is less traumatic, there is less pain during recovery. Because the water jet is delivered in a thin, targeted stream, there is less swelling during the procedure. Less swelling means that the surgeon can better visualize the areas that need to be contoured and sculpted. Thus water-assisted liposuction is a bit more precise.

In truth it is just too soon to tell whether water-jet assisted liposuction will emerge as the superior liposuction technology, or simply be another choice in minimally invasive fat removal surgery. As with any decision, it is important to weigh all of your options before choosing and this is especially true in matters of plastic surgery.