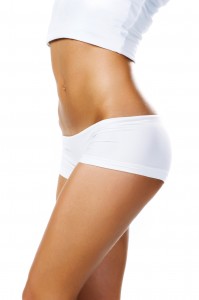 As humans, aging is part of our lives. Because our faces and necks are always exposed for a prolonged period of time, they are the body parts that are very much affected by aging. How people perceive us when it comes to our appearance is a concern. Accordingly, people buy a lot of products that will help them achieve younger faces and bodies. Some may want to undergo cosmetic surgery while others prefer to get non-invasive treatments. The manner in which a person chooses in order to look young depends on his or her preferences or lifestyle. The healing process of cosmetic surgery can take a long time that is why some people do not opt for it. Cosmetic surgeries may sometimes take days and people who have a busy schedule may not be able to make time for it.

Many advantages come from the treatment of CoolLipo. One is that fat is removed in a less harmful way. Minimal deposits of fat are also given attention with CoolLipo. This is because traditional liposuction is not able to rid the body off these small deposits of fats. As an alternative to face and neck lifts, CoolLipo has other functions. To add, the procedure doesn’t take too long. Because CoolLipo makes use of local anesthesia, one can expect the procedure to be comfortable. This is not the case when one undergoes traditional liposuction. It’s true that bruises are side effects of CoolLipo but they are very minimal.

When all forms of diet and exercise have failed to get rid of those few problem spots, you’re likely a good candidate for CoolLipo. Diets and exercising regularly can be pointless where some body parts are concerned. Additionally, if you are the type of person who is avoiding surgeries for fear of general anesthesia, then CoolLipo is for you.

The procedure starts with cleansing the area where the fat is. The next step is making the body go numb by injecting local anesthesia to it. The third step would be removing the unwanted fat with the use of a laser. Moving the laser to different parts of the body is done in this laser assisted lipolysis. After the procedure, you can expect that the fat from your body will be absorbed or the doctor would have to remove it. The length of the procedure is about one to three hours depending on the area of the body that is being treated.

It is still possible to regain fat even after a CoolLipo treatment and this should be remembered by most people. In fact, cosmetic surgeries have the same features. A healthy diet and regular exercise are your best methods for keep the fat at bay.