Do real men get liposuction? 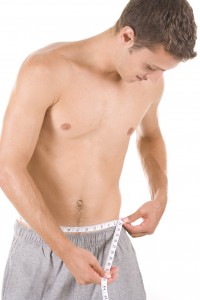 The taboo of plastic surgery certainly seems to be dissipating. A decade or two ago, a cosmetic procedure was something to be kept secret, not to be asked about, and not to be discussed. The attitude toward cosmetic surgery is certainly changing. There are even television shows dedicated to the surgeons and patients of cosmetic surgery.

The view is changing in men, too. While men are less likely to admit to plastic surgery than women, they do care about how they look. Men also know that other people care how about how they look, like spouses, partners, and even supervisors at work. As a result, men are having many more cosmetic procedures than they used to. One of the more popular cosmetic procedures in men (fourth most common in 2007, actually) is liposuction.

Men seek liposuction for some of the same areas as women and some unique areas. Many men want to rid themselves of fat around the belly and sides while thighs and buttocks tend to be less of an issue than in women. Perhaps surprisingly, one of the most common sites that men request for liposuction is the breast area. The chest is one of the more masculine parts of a man and many find it distressing if they have excess fat in this area. Excess breast tissue in men is called gynecomastia, is very common, and is something that prompts men to seek cosmetic surgical treatment.

Liposuction in men is not the same liposuction performed on women. While many of the tools and equipment are the same, the fat cells in men are intermingled with tough, fibrous strands. This means that liposuction in men is more challenging to perform for the plastic surgeon and may require additional technologies to disrupt the fatty deposits in men. When you consider that men request liposuction in areas that are already highly fibrous and that they are bigger on average than women, the cost of liposuction in men is higher than in women.

Many surgical professionals are keenly aware that men having liposuction are not always proud of that fact and cosmetic plastic surgeons have become quite sensitive to the needs of male patients. Consultations are generally more discreet than they are with women (though discretion is practiced by the better surgeons as a matter of course). The procedures are also performed with discretion and recovery areas are now usually private, especially if the surgery is being done in a private surgical center rather than in a hospital setting.

Liposuction can be considered a “gateway” cosmetic surgical procedure for men. Male liposuction is same-day surgery and the scars are almost always minimal. While vigorous activity should be avoided for about two weeks after male liposuction, most men can be back to work within a few days after surgery. As has been happening across the country over the past several years, once men experience the benefits of a liposuction in a discreet, comfortable environment, they return for other, more involved cosmetic procedures like rhinoplasty.

If you are considering male liposuction it is important to find a plastic surgeon that has experience treating men and make any needs known to that surgical professional at the time of the initial consultation.