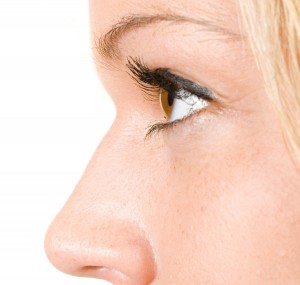 Over the years the solution to this is rhinoplasty, or nose jobs, but they are often expensive, require surgery, and a long recovery time, which most people do not like. However, with advances in plastic surgery comes a non-invasive form of Rhinoplasty, known as the non-surgical nose job.

What is a non-surgical nose job?

Unlike its traditional counterpart, the non-surgical nose job does not require surgery, has almost instant results, and costs less than the traditional nose job. The procedure uses different injectables, like Restyalene, Radiesse, or BOTOX, in order to contour and sculpt the nose to the right shape.

What makes the non-surgical nose job ideal is that since it requires no surgery, the risks often associated to surgery are eliminated. And because no incisions are made, there is basically no healing or recovery time needed. Results are almost instantaneous, and patients can go back to their normal activities faster.

How does it work?

The procedure, often called as the “15 minute nose job”, first begins with a consultation with the surgeon. There are certain limitations to the procedure, so the surgeon will give the patient the most realistic results possible when evaluating the patient’s requirements. Once an agreement has been reached, the patients are prepared, and are then given a series of either Radiesse, BOTOX, or Restyalene filler injections, in key areas of the nose. These injections, which are normally used to treat wrinkles and unwanted lines, are used to even out undesirable bulges and bumps on the patient’s nose, resulting in a straighter line and more even surface of the nose.

The treatment lasts around 15 to 30 minutes, and the patient can immediately leave afterward. While it will take some time and precaution until the fillers have finally taken effect, it is barely a fraction of the recovery time needed for traditional nose jobs.

Limitations of the procedure

Because the procedure only uses fillers, there are certain limitations to the procedure. While it can shape and sculpt the nose, it cannot reduce its size. BOTOX and the other fillers can only help improve the nose’s lines and surface, and to an extent, augment certain areas’ sizes, but it cannot reduce the size of the nose.

This in turn means that patients who wish to reduce the size of their noses are not eligible for this procedure. Also, large changes to the nose’s actual shape cannot be done, like raising or lowering the profile. For these major changes, the traditional rhinoplasty is still required.

Costs vary depending on the location, and amount of work needed. Usually, they will be very similar to the costs of injectable treatments, which are less than traditional nose jobs.