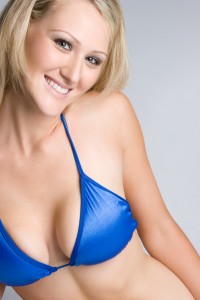 Breast surgery procedure is a life changing decision, an opinion that is shared by a lot of people. According to the American Society of Plastic Surgeons, aside from rhinoplasty and liposuction, breast augmentation happens to be one of the most common cosmetic surgery procedures being done each year since 2004.

However, most people still find that having a breast augmentation is a cumbersome process, despite advances in medical technology. Recovery from the surgery will typically take around two full weeks, which naturally means being off from work during that same duration. And the two weeks off will usually raise some questions as to where they’ve been-exactly the kind of questions some patients would want to shun in the first place.

There is also that risk of having post-operation scarring, and is more common than some people know. Some people are put off by this, considering this nullify the benefits of having the breast augmentation.

The medical field has been listening however, and in response to all these concerns, have come up with methods to alleviate the patients’ fears, and among the favored methods is the Rapid Recovery Breast Augmentation.

The quick healing breast augmentation procedure capitalizes on its ability to help patients recover in record time. The accelerated recovery does wonders for people who have no time to spare and have got to go back to work as quickly as possible. In this way, hospital bills are minimized, as patients no longer have to stay for the normal several day recovery period.

One way the Rapid Recovery Breast Augmentation is different from the traditional breast augmentation is the level of precision and care being put into the operation. Excellence and adherence to standards, while making as few intrusive incisions as possible.

Scarring, once a mainstay in breast augmentation, can be significantly reduced thanks to this procedure. The patient is then told that they can move around, slowly albeit, immediately after the operation.

Physical therapy meetings also follows, along with some post operation medication. Most medication will also be available over the counter and won’t necessitate a doctor’s prescription, after the first week.