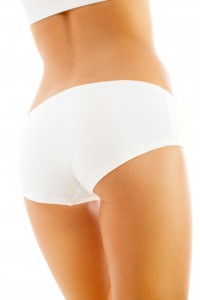 The moment liposuction became a trend in the field of cosmetic enhancement, constant improvements have been made to the procedure in order to minimize the risks and side effects associated with it. One example of an innovation in this particular area of cosmetic surgery is the advent of laser-based techniques like SmartLipo.  SmartLipo is a non-invasive procedure that melts extra fatty tissues by using a laser. However, many patients have claimed that they did not achieve the desired outcome from laser liposuction. This prompted plastic surgeons and experts alike to come up with a new lipo technique that is more effective.

The RealLipo procedure was recently introduced in Louisiana by Dr. Simeon Wall, Jr.  This new lipo technique was developed as a correction method for previous liposuction patients who are unhappy with the results of the surgery they received. Due to the wide success of the method, Dr. Wall began to offer it as a standard body contouring process for his patients.

This innovative liposuction method removes unwanted fat without causing irregular body sculpting, which is a common side effect of liposuction. For this to be possible, special cannulae or suction wands are used in the process. These wands isolate the excess fat deposits from the skin, which minimizes the skin damage that is characteristic of more traditional liposuction techniques. In addition, a slender bed of fat is left undisturbed immediately below the surface of the skin to give the area more structure. Since there are no lasers utilized in the procedure, there is also no harm done to the remaining tissues in the area under operation. Aside from getting rid of excess fat, RealLipo patients also end up with smoother skin and more natural body part contours.

Because there is less damage to the target and surrounding areas, the post-surgery marks caused by RealLipo are rarely visible to the naked eye. Apart from the reduction of potential scarring, bruising is also prevented by this new lipo technique. There are also less instances for complications to arise. This is one of the reasons why Dr. Wall recommends it to patients who want to achieve better body contours without the same amount of discomfort.

The recovery period after a RealLipo operation takes only a short time. Again, because of the minimal damage during the procedure, there is not much to recover from in the first place. There are little to no scars, bleeds, and bruises to worry about. A patient can more or less go about his or her daily activities immediately after the surgery, provided that extra care be taken for the areas operated on.

As of late, RealLipo procedures are only offered at the Wall Center for Plastic Surgery, which is located in Shreveport, Louisiana. The Wall Center for Plastic Surgery caters to the cosmetic enhancement needs of people located in the Southern states. The RealLipo technique is expected to gain more popularity over the years, as experts and patients learn about the benefits of this new lipo technique.