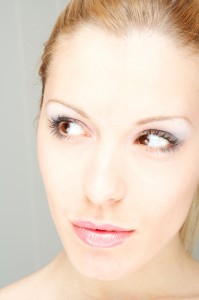 The nose sits right at the center of the face. It is a critical component in a person’s profile, dictating the flow of the lines, and being the centerpiece of the face, whether looked at from the front, or from the side. This is because many parts of the face are directly, or indirectly, connected to the nose. From the forehead, to the eyes and the eyebrows, to the ends of the lips, all of these parts’ appearances are influenced by the shape of the nose.

Having a nose that is of the wrong shape, or size, or that is not straight, can severely impact the way these other parts look, which in turn affects the way the whole face looks. Also, the texture of the nose can also be indicative of a person’s health, well-being, and lifestyle, especially because of how the nose is portrayed in popular culture. For instance, if a person has a beaked, bumpy, and long nose, it reminds someone of a witch, or a leper, even though the rest of the face has smooth skin and proper proportions.

This is why the nose is very important in the appearance of a person. It presents a perfect avenue to improve one’s appearance, and this is done through a procedure called Rhinoplasty.

Rhinoplasty, which comes from the Greek word Rhinos, meaning “nose”, and Plassein, meaning “to shape”, is a procedure that uses surgery to improve, enhance, or fix the function or the appearance of the nose. Commonly called a “nose job”, rhinoplasty is one of the most popular plastic surgery procedures in the country today, and is offered as a standard in many of the major clinics all over the world.

But it is also one of the oldest, with some of the first cases of rhinoplasty dating back over 500 BC, in India. In fact, one technique performed today in rhinoplasty that uses the forehead flap has actually been developed in this time period, and has almost been unchanged since then. Over the centuries, certain methods and techniques have been used in different cases all over the world, eventually making the foundation of modern Rhinoplasty practiced today.

Rhinoplasty can serve both practical and cosmetic purposes. Reconstructive rhinoplasty is used to improve the nose’s function, such as removing excess tissue blocking the nostrils, restoring the shape of the nose after severe physical trauma, or fixing, or even creating a nose if a birth defect has damaged or prevented the formation of the nose.

Cosmetic rhinoplasty is performed to solely fix, enhance, restore, or completely change the appearance of the nose. This is done to make the nose more symmetrical, fix any bumps or unwanted lines in the skin, enlarge or reduce it depending on the face’s proportions, to make it sharper or rounder, or for any other cosmetic reason.

Rhinoplasty compared to other facial procedures

Because of the nose’s position, improving the nose’s appearance can greatly improve the appearance of the entire person’s face. In fact, it can enhance other facial features, and more often than not, surgeons will suggest rhinoplasty in addition to certain facial procedures to be done in succession or at the same time, if the surgeon deems that it will be beneficial to the patient’s appearance. This is done because simply improving the nose’s appearance might not be enough, and can in fact throw off the symmetry of the whole face even if other areas seem “okay”.

For example, Rhinoplasty is often suggested in conjunction with cheek and chin augmentations, because of their positions and how proper proportions from these three areas can greatly enhance the overall lines and appearance of the face.

When done correctly, Rhinoplasty, along with other facial procedures, can greatly benefit the patient.

Define your goals in advance

One of the critical things that need to be settled before the first incision is made is the final look the patient is after. It is essential that patients and surgeons discuss what is possible, what is not, and what the patient is looking to achieve. This is to guarantee that when the bandages are removed and the patient has healed, that the final look is desirable, and that no repairs or revisions are needed.

Many surgeons will employ using before and after photographs from previous clients, but while it can help you assess your surgeon’s skills and the possible result, it is by no means a guarantee of an exact result. Some advanced clinics will use the latest computer technology to simulate a patient’s final result using computer models and graphics, giving the patient a more accurate projection of the surgery’s result. It also allows the patient to make adjustments in real-time while consulting with the surgeon, giving the patient more control and more confidence in the surgery ahead.

Define the primary issue about the nose

When consulting with the doctor, the most important thing to say is what you think the problem with your nose is in the first place. Whether it is too big, too small, too wide, too narrow, has a crooked shape, rough skin, etc. While the surgeon might give his or her opinion about the issue, ultimately, you will have to know, and be committed, to what you want changed on your nose.

By defining what the primary issue is, the surgeon can immediately think of the necessary approaches to fix it, and the more accurate you can be about what you want done, the more accurate the final result will be. For example, saying that “My nose is big, I want it reduced.”, will not have the same detail as “My nose is too bulbous at the tip, and my nostrils are too large. I want my bulbous nose more sharp, and my nostrils more narrow.”.

These details help the surgeon focus on the problems you want dealt with to give you the most satisfying result possible.

The initial consultation between patient and surgeon involves the surgeon discussing the primary issue of the patient. Once done, the surgeon takes photographs of the nose, proper measurements, and examines the patient’s health records to anticipate any possible complication and to address certain risk factors associated with the surgery. Surgeons will also figure out what kind of anesthesia will be used, which is greatly dependent on the amount of work needed, and the patient’s physiology.

The day of the surgery

When surgery day arrives, the first thing that is done is to put the patient under anesthesia. In severe cases, patients will be sedated in order to reduce the stress on the patient. From here, there are two possible approaches depending on the type of Rhinoplasty that will be employed; open or closed.

For the closed method, the surgeon makes incisions inside the nostrils, which has an added effect of having any possible scars hidden from view. The open method requires an additional incision outisde the nose, across the area called the “columella”, which is the area of skin and tissue separating the two nostrils. These incisions give the surgeon the view of the cartilage and bones inside that need to be adjusted to achieved the desired look.

Choosing which of these two methods will be used depends on the amount of work needed and the area which needs to be fixed.

Once the incisions have been made, and the skin has been moved from the cartilage and bone of the nose, the changes can be made. First among the changes is usually a nasal hump, and if it is present, and needs to be changed, it is this first problem, which is made of bone, that is altered. The bone is removed using a chisel, or a “osteotome”, and a hammer. Once the hump is removed, the bones are filed and smoothed.

The next step, if it is desired, is to alter the tip of the nose. If it is too wide, and the patient desires to narrow it down, it is during this step that this process is done. Many approaches are available to tackle this problem, and which is used depends on the surgeon’s and patient’s initial meeting. Whatever method is used, once finished, sutures are used to secure and tighten the fold of the cartilage at the apex of the nose.

The nasal bones are next, and if it is part of the patient’s and surgeon’s discussion. To narrow this, two incisions are made into the bone using a small chisel, loosening a piece of the nasal bone, and moved inward to a more narrow position, effectively making the whole nose narrower. Because the cuts are made under the skin, there will be no visible scarring outside.

Whatever extra changes and requests are done at this stage, but if none are left, the incisions are then closed and the nose is dressed to fasten it in place until it is fully healed. Dressings and splints are used to secure the nose. First, the nose is covered in tape, to help secure the nose’s new shape. Once the tape is holding the shape, the metal splint is placed on the nose, further securing the nose’s shape. Then the splint is covered with another layer of tape.

Once the procedure is complete, the patient will be allowed to go home. But there are some restrictions and precautions that need to be followed in order to facilitate proper recovery. The surgeon will prescribe medications, usually to deal with pain, and antibiotics to fight off infections. Sometimes, steroid medication will be prescribed to hasten the healing process.

While patients are allowed to resume normal day-to-day activities, it is advised that they reduce this for about one to two weeks if possible, to avoid accidentally ruining the healing process. Sutures and casts are removed in about 5 days and a week respectively. But even then, great care should be given to the nose, which can last for up to a year, because of the way the nose will slightly shift during this time.

While rare, one of the biggest risks is infection. This is because the incisions in the nostrils are exposed to the air, bacteria, and other irritants This can lead to abcesses that will have to be drained surgically. Bleeding is also possible, especially if the incisions do not heal properly, though this problem usually resolves itself. Nasal obstructions can occur, which can cause difficulty in breathing through the nose, and will have to be cut away.

If the nasal bone is dislodged during recovery, it can cause an asymmetric appearance, whether it be what’s called a “polly beak” deformity, or a “saddle nose” deformity, both of which are caused by surgical failure. Numbness can also occur, which usually happens when the open method is used. This will take months, if not longer, to resolve, and can cause great discomfort to the patient.

To avoid this, patients need to diligently follow the surgeon’s post-op care instructions, and take the necessary medication regularly. If any of the major complications appear, it is important that patients immediately inform their surgeon and go back to the clinic for an assessment as soon as possible, to prevent the problem from getting worse.

One key, psychological factor, is the risk that people might perceive the patient in a different manner than before. Studies have shown that the nose, being the center of the face, plays an integral part in how people identify the person. People who know the patient might find the patient’s appearance different, even disturbing, that it might affect the patient’s social dynamic with others. While this is not a medical concern, it is a risk that can arise from the procedure.

Costs of Rhinoplasty vary from place to place, but the average cost is around $5000 to $6000. This includes the surgeon’s fee, the cost of anesthesia, and the cost of the operating room, if applicable.