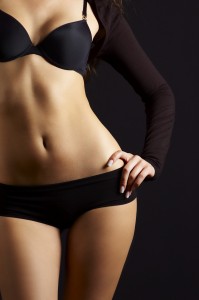 Liposuction procedures have steadily gained popularity over the years, playing on people’s wants and needs to feel better about their bodies. The medical community has found a way to make laser liposuction procedures, which have already been used as a relatively painless alternative to traditional liposuction, have less side effects and shorter recovery periods.

Smartlipo MPX technology has been used for dental procedures, cosmetic operations, lasik eye surgeries, and reconstructive procedures. The laser technology uses powerful light amplifications to provide a more precise and a much safer way to melt the fat cells in the body.

Compared to traditional liposuction which uses a mechanical motion to remove fat build-ups, SmartLipo MPX makes use of calibrated laser to melt of the fat that is attached to the patient’s epidermis. After the fat cells are ruptured, the resulting liquid is suctioned off through the small incisions done on the area. Because of this, there is less bleeding, swelling, and bruising than traditional lipo procedures.

The effects of SmartLipo MPX procedures are also experienced after a much shorter waiting time. Even better, they only use local anesthesia; compared to traditional liposuction surgeries that use general anesthesia. Because the patients are awake during the procedures, they experience less risks and less complications.

SmartLipo MPX has proven to be the safest and the most efficient among all the laser-assisted body sculpting procedures in the market. Patients who have undergone this type of liposuction have managed to get optimal results, even if the procedures are carried out with less time and effort.

The use of laser also provides for a way to make the skin around the treated area tighter. Since the laser only targets the fat cells on the top layer of the skin, the inner layers and the muscles are left unaffected.

Who may Undergo SmartLipo MPX?

Anyone who has failed to remove fat build-up with diet and exercise may undergo a SmartLipo MPX procedure, granted that he is in good health and is in the right disposition.

Surgeons usually advise these kinds of procedures for people who weigh within 25  pounds of their ideal weights. Realistic results and expectations also need to be discussed  prior to the procedure.

SmartLipo MPX will work best for patients who can allow shorter time for recovery, as patients may go back to work after two days of the procedure. However, bandages need to stay on for a couple of weeks to ensure optimal healing.

It will also well for patients who have problems regarding natural healing and skin elasticity. Traditional liposuction procedures usually require a tucking or lifting operation as a follow up procedure. Since the laser only affects the topmost layer of the skin, minimal healing problems will be experienced.

Finally, this type of procedure will be best for those who want permanent results. Once the fat cells are removed, they will not grow back anymore. People who can spare the extra bucks should go for SmartLipo MPX procedures, as opposed to those that only provide temporary weight loss.