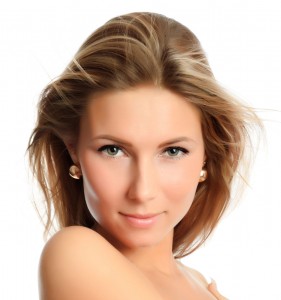 A stem cell is a precursor that can be any type of cell. A stem cell could be a muscle cell, a nerve cell, or a skin cell depending on the substances in its local environment. While grossly oversimplified, if you put a stem cell in the skin, chances are it would turn into a skin cell. That same stem cell, placed in the brain, might turn into a nerve cell.

What does this fact about stem cells have to do with a face lift? The theory behind the stem cell facelift is intriguing. Stem cells are taken from some area of the body and are transferred to the face. Once injected into the skin, the hope is that stem cells turn into new skin cells. These new skin cells make the skin plumper and fuller because they add to the natural number of cells. This could be of particular benefit in older patients whose skin cells do not replenish as rapidly as they once did.

While the idea is interesting, a stem cell face lift does not actually work in the way it is marketed. Currently, a stem cell facelift is really an autologous fat transfer procedure. Patients have fat taken from one part of the body and moved to the face. Does this result in a fuller face? Yes, just as it would with any fat transplant or facial dermal filler. Are stem cells doing the bulk of the work? Not likely. The percentage of stem cells that are being transferred to the face during a fat transplant is so small as to be negligible.

Recently, a skin cream product has been marketed as a stem cell face lift. The details on this topical product are limited and the actual research is difficult to come by, however the effectiveness of such a product seems difficult to believe. If the product is supposed to work by delivering stem cells to a person’s skin, it clearly cannot work, topically. One reason that this approach would not work is that cells in a topical cream would not penetrate to the deep tissues that they are needed. In addition, where might these stem cells come from? The sources of stem cells are still tightly regulated.

The topical stem cell facelift cream that is being sold in As Seen On TV ads may be presumed to work by supplying the skin with the necessary ingredients to activate stem cells already in the skin. While such chemicals could conceivably penetrate to the right depth in the skin, it is unlikely that an over-the-counter cream actually contains the chemicals that can do this. In truth, stem cell science is in its infancy. Because of government bans on stem cell research that were only recently lifted, scientists know little about the things that control the fate of stem cells. If these chemicals were known and freely available, the implications for medical diseases would be extraordinary. The fact is that we are years or perhaps decades away from something that works like this.

Unfortunately the term stem cell facelift is more or less a marketing tool right now. In the future it is conceivable that stem cells will provide the answer to many diseases and cosmetic issues. However, the treatments that are currently available are little more than a traditional fat transplant or an overpriced, and certainly, overhyped face cream.