Stem cells and breast augmentation – The newest enhancement to enhancement? 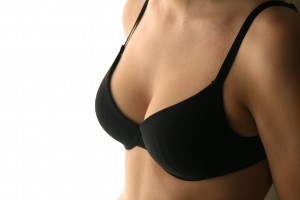 Stem cells are basically premature cells that could be almost any kind of cell under the right circumstances. When a pluripotent stem cell finds itself in a muscle, the chemicals that surround it tell it to become a muscle cell. Take the same stem cell and put it in the brain and you might get a neuron. Stem cells are the cells that give rise to all the specialized cells of the body, even fat cells.

Scientists are excited about stem cell research because these cells could potentially be used to create new brain cells in patients with diseases like Alzheimer’s or Parkinson’s. They may also be able to provide new skin for skin grafts. However some researchers are trying to adapt stem cells for use in almost purely cosmetic procedures, such as breast augmentation.

Using stem cells for breast augmentation is an extension of lipoinjection or fat transfer. In fat transfer, fat that has been removed by liposuction is cleaned and purified. The purified fat is then injected back into the body (aka lipoinjection) to augment an area, such as the breast. The problem is that fat tends to break down after a while if it is simply injected into a new location. Stem cells could actually form new fat cells in the area treated by fat transfer.

Japanese researchers have devised a method that adds an additional step to fat transfer. Since fat that is removed by liposuction already contains stem cells, they decided to try to use them to help prevent fat breakdown. After liposuction, half of the removed fat is purified to the point that it is almost completely comprised of stem cells. These purified stem cells are combined with the other half of the purified fat and both are injected into the body. The researchers have found that this approach helps prevent fat breakdown (necrosis) and makes the results of the lipoinjection last longer.

While the initial results are promising, there is much research that needs to be done before using stem cells for breast augmentation will be widely available. Fortunately, since the patient’s own stem cells are used, the controversy of using stem cells from a fetus can be avoided. However it remains to be seen if there are any side effects from this procedure (it seems as safe as regular fat transfer so far). There are also other approaches to stem cells for breast augmentation which may be even more effective and need to be explored.