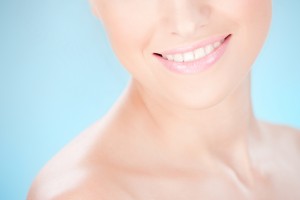 Undergoing plastic surgery is quite common nowadays. One of the most popular cosmetic procedures is the facelift, which is done by tightening the skin across the face in order to present a more youthful appearance. Traditional facelift modes are invasive because several long incisions have to be made to move facial tissue. These kinds of facelifts result in drastic changes. However, the procedures involve a lot of risks and a lengthy recovery period.

Facelifts risk leaving scars on the face. Fortunately,  recent innovations in cosmetic surgery have lead experts to discover a way to do facelifts that would leave minimal and invisible scars. This new procedure is commonly referred to as the scarless facelift or the no-scar facelift.

What is the Scarless Facelift?

The more technical term for this procedure is Endoscopic Facelift.  Named after the instrument used for the surgery, it utilizes techniques which eliminate the need to make numerous long cuts on the skin, therefore minimizing visible scarring. Because of the nicknames associated with it, this type of cosmetic enhancement is often believed to leave no scars. A truly no scar facelift is impossible. The uniqueness of the scarless facelift is that the incisions are made in discreet places, like behind the ear and above the hairline, where scars would be less noticeable.

This cosmetic surgery procedure was introduced in 2005 by Beverly Hills surgeon Dr. Harvey M. Rosen, M.D. Since then, plastic surgery firms have come up with their own private techniques similar to the endoscopic facelift.

How is it done?

The first step in doing a hidden scar facelift is to make three or more short incisions near the hairline, behind the ear, and sometimes even inside the mouth. After this, an endoscope equipped with small cameras is inserted under the skin surface. The cameras allow the surgeon to see what is going on under the skin. Excess tissues and facial muscles are then manipulated with other surgical instruments to tighten the skin.

In an effort to produce minimal scars, facelifts like these usually focus on particular areas, like the forehead, mid-face and the neck. These are the areas that are prone to wrinkles, lines, sagging and other visible signs of  aging. The typical candidates for the facelift are males and females within the ages of 35 and 65 and are of good health.

What are its benefits?

The most obvious benefit of getting an endoscopic facelift is the reduction of post-procedure visible scars. This is the top reason why this type of facelift is preferred by many.

Endoscopic facelifts are also very convenient. It can be performed within more or less a couple hours. Local anesthesia is usually adequate for the procedure. Because of these reasons, the cost of no-scar facelifts are relatively lower than that of more conventional methods.

The non-invasive technique used during the scarless facelifts also cuts down the recovery period required. It doesn’t take much time to bounce back from the surgery because there is less bruising and swelling. Patients who have had this procedure are eligible for other cosmetic treatments soon after the facelift is done. Aside from this, the risks of nerve damage that leads to the loss of feeling in the face and other possible side-effects are lessened.

The small incisions required by the hidden scar facelift gives patients the option to focus on particular areas only. This also makes the procedure suitable for those who do not want drastic changes made to their faces.